To share your memory on the wall of Daniel Sumrall, sign in using one of the following options:

Upon graduating from Sumrall High School in 1983, Daniel answered the Nation’s call to serve his country. He enlisted in the U.S. Army in 1983. He ultimately ranked as Sergeant First Class, serving in California, South Korea, South Carolina, North Carolina and New York.

After his military service of 15 years, Dan studied and received his MBA. He was employed with Merck Pharmaceuticals for over 17 years working in the Southern District Area. Dan was also a businessman, owning his own horse ranch, “Circle ‘S’ Riding Stables," in Sumrall, MS.

At an early age, Dan became a member of St. Louis Baptist Church in Sumrall, MS. He participated in the choir and was an usher. Over the years, he attended many churches because of his military relocations. He served for many years as a member of Word of Faith Christian Center, Hattiesburg, MS, under the leadership of Bishop Orlando R. Burt. His present membership was at CrossPoint Community Church, Hattiesburg, MS, under the leadership of Dr. Dean Register, where he was a Prayer Team member.

Dan was preceded in death by his Father, Jack Sumrall; Oldest Brother, Fredric D Sumrall; Father-in-Law, Alton Pittman; Sister-in-Law, Altina Pittman; and his most loved animals: Figure, Show Horse, Radar & dog/companion/protector, Joe (if you touched Dan, you had to deal with Joe!!)

DANIEL HAD A SPECIAL IMPACT ON MANY LIVES. HE WAS A PRAYER WARRIOR, A STRONG MAN & A MEEK MAN BECAUSE OF HIS LOVE FOR ANIMALS. HE MENTORED SEVERAL PATIENTS AT OCHSNER’S HEART CENTER, EVEN THOUGH HE WAS IN CRITICAL HEALTH. HIS GUIDANCE, LEADERSHIP, COURAGE, DIGNITY, BEING FAMILY-ORIENTED & POWERFUL PRAYERS HAVE AFFECTED US ALL.

To send flowers to the family or plant a tree in memory of Daniel Marvin Sumrall Sr., please visit our Heartfelt Sympathies Store.

We encourage you to share your most beloved memories of Daniel here, so that the family and other loved ones can always see it. You can upload cherished photographs, or share your favorite stories, and can even comment on those shared by others.

Nadine, Ridgway Family, and other have sent flowers to the family of Daniel Marvin Sumrall Sr.
Show you care by sending flowers

Posted Jun 08, 2021 at 12:56pm
We got to know Daniel in Sunday School at CrossPoint a few years ago. In fact, not too long ago, I found his business card in my Bible. Daniel was an awesome person to get to know. My husband and I thought a lot of him.
Our prayers are with your family during this difficult time.
Comment Share
Share via:
AL

Posted Jun 05, 2021 at 06:26pm
My heart aches to hear this news. I’m praying for you guys. Dan and Tyrone kept me laughing about so many things, We will definitely miss Dan. You guys are in our thoughts and prayers. Love Tyrone/ Angela Lott and family
Comment Share
Share via:
N

Posted Jun 05, 2021 at 01:13pm
My condolences to the Sumrall Family. May God comfort you and grant you peace. Daniel, beautiful friend, will be missed greatly.

Nadine purchased the Rose Tribute and planted a memorial tree for the family of Daniel Sumrall. Send Flowers

Flowers were purchased for the family of Daniel Sumrall. Send Flowers 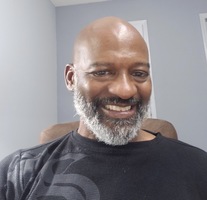 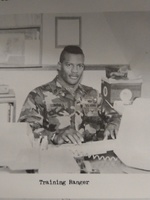 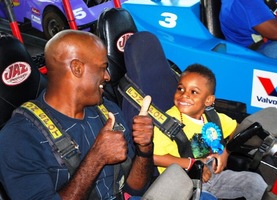 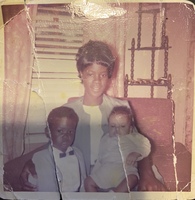