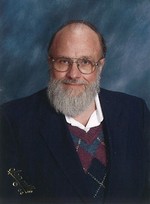 Dr. Edward McKinley Wheat, II, 76, of Sumrall, MS, passed away April 19, 2020, at his home. He was born June 18, 1943, in Kansas City, Missouri. He was the first of four children, one son and three daughters, born to Edward M. Wheat and Ruth Parry Wheat. He attended kindergarten and first through seventh grades at General John J. Pershing public school and then went to Paseo High School for eighth through twelfth grades, graduating in 1961. Ed attended University of Missouri, Columbia, Missouri receiving his BA and MA. He earned a Ph.D. in Political Science at University of California, Santa Barbara, in 1975.
Dr. Wheat was a decorated Army veteran of the Korean Defense Era. He enlisted in the U.S. Army in 1962, and after basic training at Fort Leonard Wood, Missouri, attended the U.S. Army Language School at Monterey, California, graduating in 1963 with a twelve-month certificate in Korean. After two months of tactical voice intercept training at the Army Security Agency Facility at Two Rock Ranch Station in Petaluma, California, he was sent to Korea for about fourteen months of duty, most of which was spent at the 226th United States Army Security Agency Operations Company on Kanghwa-Do, an island in the Yellow Sea off the west coast of Korea. He was honorably discharged from the Army in December 1964. In 2008-2012 Dr. Wheat served as President of the Kanghwa-Do-Vet Veterans Organization.
Ed married the love of his life and Paseo High School classmate Stella IIene Hubbard, in 1969. Their only child, Walter Whitman Wheat, was born in Santa Barbara, California, in 1972.
Dr. Wheat taught political science and public administration at University of California, Santa Barbara, Golden Gate University, Salem College in West Virginia, and University of Southern Mississippi (1977-2000). At USM he was also Director of the American Studies Program. During his career, Dr. Wheat served as President of the Mississippi Political Science Association and as President of the Mississippi Chapter of the American Society for Public Administration. He retired in 2000 as Professor Emeritus of Political Science. After retirement he continued to read extensively as he always had, travelled all over North America and enjoyed time with his family.
Dr. Wheat leaves his wife Stella Hubbard Wheat, his son Walter Whitman Wheat, his daughter-in-law Heather Igou Wheat, his granddaughter Savannah Ruth Wheat, all of Sumrall, and one sister, Debra Wheat Williams(Dan Blevins) of Sedalia, Missouri.
He was preceded in death by two sisters; Linda Wheat Bird and Sandra Wheat Delfenthal, and one niece, Jennifer Pratt.
A memorial service will be held at a later date. In lieu of flowers please send donations to The Library of America, 11th floor, 14E 60th Street NY,NY 10022.