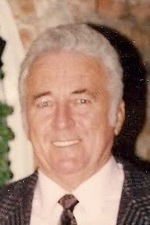 Emile L. Vice, 83, of Collins, MS, passed away on January 17, 2020, at Asbury Hospice House in Hattiesburg, MS, due to complications of colon cancer. He was a native of New Orleans and attended Warren Easton High School, class of 1954.
Mr. Vice had his own swimming pool service until 2005 when he and his wife relocated to Omaha, NE, due to Hurricane Katrina. They resided in Omaha until 2012 and moved back south to Collins, MS.
Mr. Vice survived by wife of 45 years, Janet Vice; one sister, Marilyn McNelis (Redlands, CA). He is preceded in death by his first wife, Clara Vice, of passed in 1968; one sister, Barbara Bianchini (New Orleans, LA); one brother, Joseph Vice (Covington, KY).
In lieu of flowers, donations may be made to any local animal shelter in honor of Emile L. Vice.