To share your memory on the wall of Hector Isaac, sign in using one of the following options:

I have fought a good fight, I have finished my course. I have kept the faith. Henceforth there is laid up for me a crown of righteousness, which the Lord, the righteous judge, shall give me at that day: and not to me onl... Read More
2 Timothy 4: 7-8

I have fought a good fight, I have finished my course. I have kept the faith. Henceforth there is laid up for me a crown of righteousness, which the Lord, the righteous judge, shall give me at that day: and not to me only, but unto all them also that love his appearing.

Rev. Hector G. Isaac, Sr. joined Spring Chapel Baptist Church under the leadership of Rev. Johnson. He became the Men’s Sunday school teacher, he was ordained as a Deacon and also served on the Springhill Triumph Fifth Sunday Singing Convention Finance Committee. In 1996, he called into the ministry and was ordained as a minister. He was also a faithful member of Men’s Ministry, the Sr. Choir, the Male Chorus, and served as the Vacation Bible School Teacher for the Adult Class until his health began to fail.
Rev. Isaac was employed with McMullan Equipment Company for forty-three years as a Diesel mechanic and three years with Waters International.

Rev. Isaac was an avid CB operator for many years. His CB handle was “Blackhawk” or “92”.
When he wasn’t working, he spent many hours studying the Bible. He could walk you through any story in the Bible without a stumble.

On January 21, 2021, God in his infinite wisdom took him away to a place where he can rest in peace.
He was preceded in death by his mother, Theodora Mercedes Isaac and father Sajisman Clark;his brother, Carlos Lindsay; his aunt, Lillian Mathlin; and his daughter in law Dannica Isaac. He leaves to mourn his passing and cherish his memories, his wife of 44 years, Martha Isaac. Three daughters, Dora (William) Lee, Dierdra Isaac, and Deanna (Andrew) Young, all of Purvis, MS. Two sons, Darryl Jackson of Huntsville, Alabama and Hector G. Isaac Jr. of Purvis, MS. Two sisters, Nira Williams of New Jersey, and Mildred Lindsay of Palma De Mallorca, Spain. Two brothers, Clifford Lindsay and Arnold Lindsay, both of Cuba. Nine grandchildren, four great-grandchildren and a host of nieces and nephews.
Read Less

To send flowers to the family or plant a tree in memory of Hector G Isaac, please visit our Heartfelt Sympathies Store.

We encourage you to share your most beloved memories of Hector here, so that the family and other loved ones can always see it. You can upload cherished photographs, or share your favorite stories, and can even comment on those shared by others.

Posted Jan 25, 2021 at 08:41am
With deepest condolences at the loss of Hector Isaac a leader in our community. 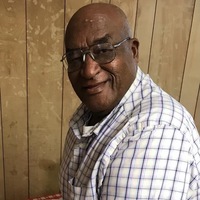