To share your memory on the wall of James Varnado, sign in using one of the following options:

He married Mary Varnado on Dec 25, 1981 in Las Vegas, NV. He worked and
retired from Roadway Express for 25 years. He was involved in Emmanuel Temple
where he held positions as a Deacon, Usher, and Cell Group Leader. He was an avid
sports fan with a love for the Chicago Bears. James was a family man that loved his
kids. Creating memories and traveling with his beloved wife and family.

To send flowers to the family or plant a tree in memory of James Varnado, please visit our Heartfelt Sympathies Store.

We encourage you to share your most beloved memories of James here, so that the family and other loved ones can always see it. You can upload cherished photographs, or share your favorite stories, and can even comment on those shared by others.

DeLois Gomillia, Melody Gray, and other have sent flowers to the family of James Varnado.
Show you care by sending flowers

Posted Jul 09, 2020 at 06:18pm
With love and prayers. From Lena Dixon and family, The family of Lorene Sims. and the family of Jessie Turner.

Posted Jul 08, 2020 at 11:58am
Mary and Family, Our sincere condolences and prayers. Love always Lillian Smiley , Jacob and the Wilson Family

Flowers were purchased for the family of James Varnado. Send Flowers

Posted Jul 07, 2020 at 04:16pm
May the peace of God, that surpasses all understanding comfort you and you family Ava during this time of bereavement. Praying for and with you. Love The Rogers Family
Comment Share
Share via:
AP

Thank you Jill sooo much. Love you
MG

Posted Jul 05, 2020 at 05:18pm
Zina the Gray and Laird family heart go out to you and your family. Remember we always love and care about you. With deepest sympathy.

LOVE from IVORY and SAUNDRA

Posted Jul 05, 2020 at 02:33pm
Please accept our most heartfelt sympathies for your loss... Our thoughts are with you and your family during this difficult time.

LOVE from IVORY and SAUNDRA purchased flowers for the family of James Varnado. Send Flowers 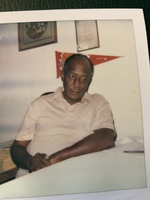 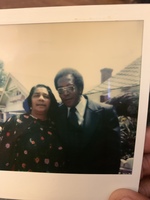 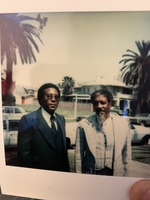