To share your memory on the wall of John Creagh, sign in using one of the following options:

To send flowers to the family or plant a tree in memory of John Creagh, please visit our Heartfelt Sympathies Store.

We encourage you to share your most beloved memories of John here, so that the family and other loved ones can always see it. You can upload cherished photographs, or share your favorite stories, and can even comment on those shared by others.

Nste Griifin, Inez Jordan & Family, and other have sent flowers to the family of John Creagh.
Show you care by sending flowers

Posted Jan 02, 2021 at 02:01pm
John and I were classmates from 2nd grade through high school. He talked me into joining the band at Lillie Burney Junior High. He was better on the sax because he practiced all od the time. He did the same in his pursuit of Jesus Christ - he practiced all of the time.
John loved the Lord. The evidence of that love is in the hearts of those souls he touched. Now he can rest for awhile... until God's Army is called up for the Glorious return.
God's word will never pass away. Your friends.

Posted Jan 02, 2021 at 08:22am
Prayers and condolences from the Griffin family. John was a childhood friend & #Brother4Life. Many great memories. Class of 1975.

Judge and team. purchased flowers for the family of John Creagh. Send Flowers 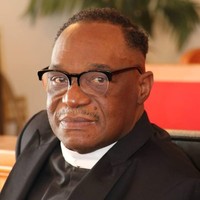